Use Priority Inbox's advanced features to improve your workflow

Maximize your Gmail efficiency by organizing your inbox into the following sections (in order):

Priority Inbox is my favorite feature to come to Gmail since the original (and revolutionary) threading system. Thanks to it, I only get notifications on my phone when the email is actually something that warrants my attention. The algorithm is surprisingly good. Little known is how it allows you to customize the sections your inbox is split into. 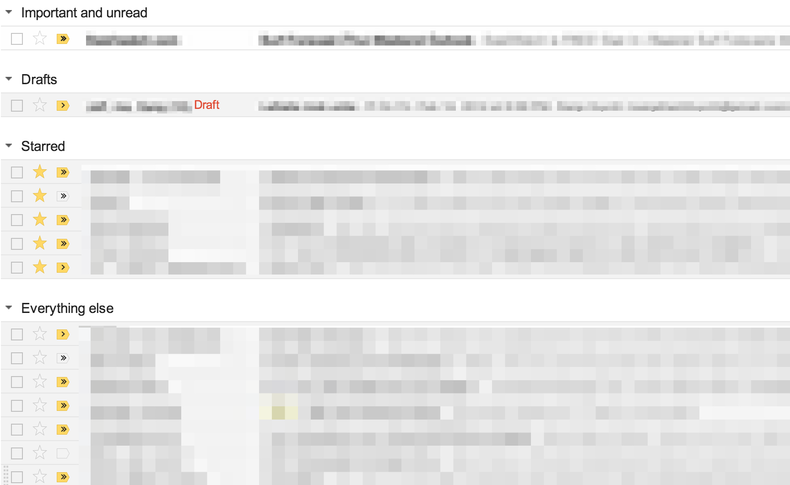 I've divided up my inbox in priority order:

I set all of these sections to hide when empty (not sure why you wouldn't want this behavior). I see a lot of people using desktop clients to access Gmail, but I think by doing so you give up some of the best aspects of the web interface, which makes a clean break from the traditional mail client paradigm. 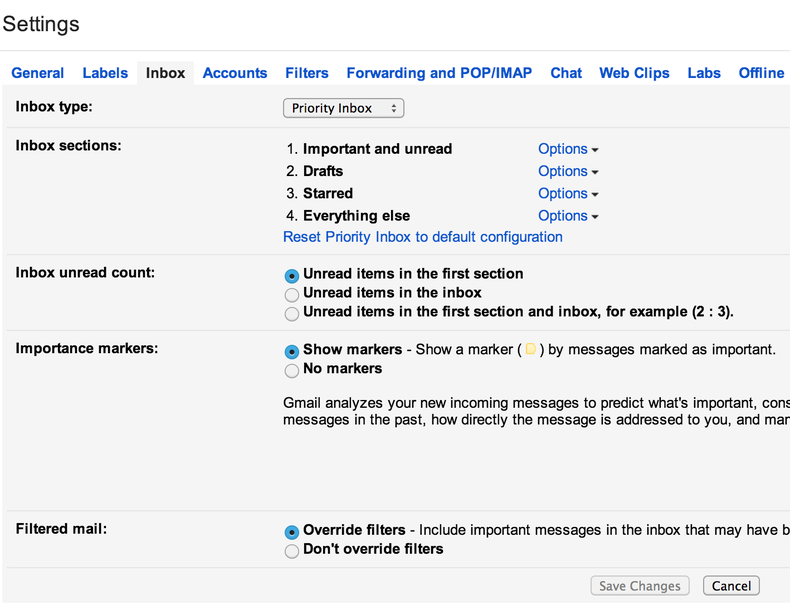 Give it a try, you've got nothing to lose except the time you're wasting.

You can also find Stefan Wrobel on Twitter, GitHub and Stackoverflow.

This update link alerts you to new Silvrback admin blog posts. A green bubble beside the link indicates a new post. Click the link to the admin blog and the bubble disappears.